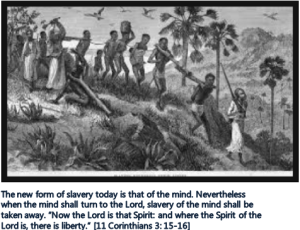 Welcome to our 24th “Walk In Newness of Life” (WINL) Coffee/Juice Break Chat!!! At our last Coffee/Juice/ Break Chat the Topic was:

Today the Topic on C/J B Chat is:

Factual Root Causes that have been triggering off the elements to work adversely against mankind!!! —By Pastor: Elder Wilfred A. Wilson  Guy #3: 8:27

Please reach for your Bible (Sword,) your preference drink, and let’s sh 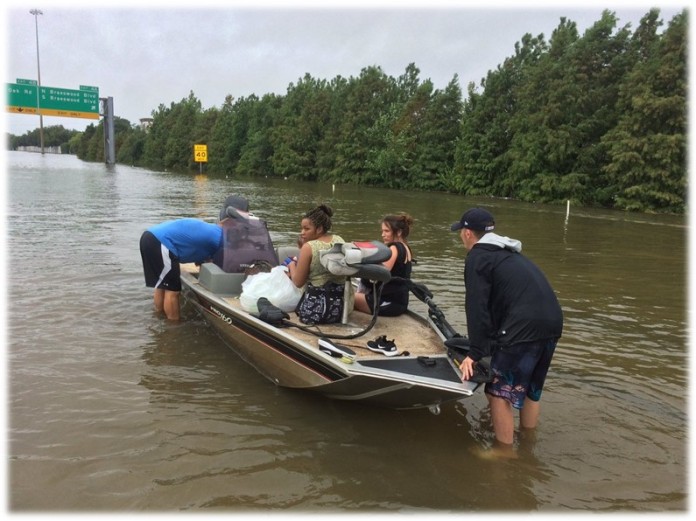 are a moment together in God’s presence chatting about the pure Word. I thank you kindly.

Let’s take some sips of coffee/juice before we get the ball rolling, and the rest of sips is left to you.  … … OK, here we go.

Yahweh, in the name of JESUS,’ do open our understanding in the scriptures and minister to all our several needs through Christ our Lord. Amen.

Topic: Factual Root Causes that have been triggering off the elements to work adversely against mankind!!! —By Pastor: Elder Wilfred A. Wilson  Guy #3: 8:27

(1) As the creator of the coined word, “Geo-allergic”:  I define Biblical Geo-Allergic Activation (BGAA) as, — the study of negative and damaging effects to mankind by the earth in response particularly to mankind’s own brutal and immoral behavior on it (the earth). — By Wilfred A. Wilson (Guyana, South America. 8.13.17) All rights reserved….

(2) My Definition:- Biblical Geo-Climatic Allergic Activation (BGCAA) divinely sanctioned, are a combination of the elements, for example, earth, water, air and even fire that are allergic (sensitive) to human immoralities, and which work adversely toward the human race and all living things when triggered off by those immoralities.

The first Biblical Geo-Allergic Activation ever

Beloved, as I said in previous posts, the first Biblical Geo-Allergic Activation ever, was by divine intervention when Adam broke the covenant Yahweh had made with him. According to the scriptures Yahweh, having formed man, this is, Adam, man’s first paternal parent, from the dust of the ground, this is, outside of the Garden East of Eden, and having breathed into “his nostrils the breath of life man became a living soul.” [Genesis 2: 7]  It was man, the living soul that Yahweh took, “and put into the Garden of Eden to dress it and to keep it.” [Genesis 2:15] Further, Yahweh made a covenant with Adam when He commanded the man, saying,

“Of every tree of the garden thou mayest eat: but of the tree of the knowledge of good and evil, thou shalt not eat of it, for in the day that thou eatest thereof thou shalt surely die.” [Genesis 2: 17]

But after Eve man’s maternal mother, had listened and obeyed the voice of the serpent, instead of the voice of her Creator, and subsequently got Adam to obey her and to follow the voice of the serpent too, they automatically came under another, namely, Satan, which they had obeyed.  Thus Yahweh intervened, and pronounced a curse upon the ground (earth) because of Adam’s transgression when He said to Him,

“Because thou hast harken to the voice of thy wife, and has eaten of the tree, of which I command thee, saying, thou shall not eat of it:

Curse is the ground for thy sake [BGAA]; in sorrow shalt thou eat of it, all the days of thy life. Thorns also and thistles shall it bring forth to thee; and thou shalt eat the herbs of the field; in the sweat of thy face shalt thou eat bread, till thou unto the ground; for dust thou art, and unto dust shalt thou return.” [3:17-19]

The second Biblical-Geo-Allergic Activation (BGAA) in collaboration with divine intervention was initiated with Cain’s murder of his brother Abel. According to the scriptures,

And the Lord said unto Cain, “where is thy brother? And he said, I know not, am I my brother’s keeper?

The second Biblical Geo-Allergic Activation  (BGAA) is pronounced on Cain

And Yahweh said, “What has thou done? The voice of thy brother’s blood cried unto me from the ground. And now thou art cursed from the earth, which hath opened her mouth to receive thy brother’s blood from thy hand; when thou tillest the ground, it shall not henceforth yield unto thee thy strength; a fugitive and a vagabond shall thou be in the earth.” [Genesis 10-12]

Background to: the first ever recorded Biblical Geo-Climatic Allergic Activation (BGCAA,) in collaboration with divine intervention, in response to human immoralities.

According to the scriptures, “And God saw the wickedness of man was great in the earth, and that every imagination of the thoughts of his heart was only evil continually. And it repenteth the Lord that He had made man on the earth, and it grieved Him at the heart. And the Lord said, I will destroy man whom I have created from the face of the earth; both man and beast, and the creeping thing, and the fowl of the air; for it repenteth me that I have made them.” [Genesis 6:5-7]

“But Noah found grace in the eyes of the Lord. [Genesis 6:8]

Yahweh’s preparation and plan for a flood in progress

Thus, Yahweh told Noah of his plan to build a three story Ark, because he had planned to bring a flood of waters upon the earth, “to destroy all flesh, wherein is the breath of life from under heaven; and everything that is in the earth shall die. But with thee, I will establish my covenant, and thou shalt come into the ark, thou and thy sons, and thy wife, and thy sons’ wife with thee….”[Genesis 7: 17-18]

After Noah had finished building the Ark as Yahweh had commanded, He said to him,

“Come thou and all thy house into the ark; for thee have I seen righteousness before me in this generation.” [Genesis 7:1]

Of every tree clean beast thou shalt take to thee by sevens, the males and his female: and of the beast that are not clean by two, the male and his female. [Genesis 7:2]

Of fowls also of the air by sevens, the male and the female; to keep seed alive upon the face of all the earth. [Genesis 7:3]

For yet seven days, and I will cause it to rain upon the earth forty days and forty nights; and every living substance that I have made will I destroy from off the face of the earth. [Genesis 7:4]

And Noah did according to all that the Lord commanded him. He was six hundred years when the flood of waters was upon the face of the earth. And in that year of his life, “in the second month” (Heshvan, this is, Oct-Nov,) “the seventeenth day of the month, the same day were all the fountains of the great deep broken up, and the windows of heaven were opened. And the rain was upon the earth forty days and forty nights…. Genesis 7: 10-12] “And the waters prevailed exceedingly upon the earth, and all the high hills that were under the whole heaven were covered. Fifteen cubits upward did the waters prevail; and the mountains were covered.” [Genesis 7: 18]

Beloved, that three prong execution of Biblical Geo-Climatic Allergic Activation (BGCAA) influenced by divine intervention resulted in the first and the last tsunami of that nature. But what is interesting to note is that flood waters came from two main sources, namely,

According to the scriptures earth and water and air were three of the four elements, the other being fire, used in Yahweh strategic plan to “destroy man whom he had created from the face of the earth, both man and beast….” [Genesis 6:7] Water is reserved in all the fountains of the deep, this is to say, under the earth, as well as in the heaven above, and when the windows of heaven were opened the flood waters came down in the form of rain.

Now air is blocked if one spreads a damp cloth over a small spread of fire, say, if one lights a six centimeter square newspaper with fire, just try it in a safe place for this experiment. This is so because the water cuts of the oxygen in the air which is necessary to support combustion. So this is what actually happened when the men and animals in Noah’s day were submerged in the flood waters: instead of breathing in oxygen from the air; they ingested water into their lungs. And Yahweh did not design the human body to take water in its lungs; instead when he breathed the breath of life into the man he had formed from the dust of the ground, man became a living soul, and man continued to live on the oxygen in every breath of air he has been inhaling since then. Let us give Yahweh Glory.

A call to intercontinental prayer

Beloved, we may not readily trace the root causes of the current storm “Harvey” which is threatening Texas in the U S of A, or anywhere else in the world presently, but I urge Prayer Warriors in Christ on the front line to: let us pray for Texas and its inhabitants, and for America as a whole, as well as our five Continents that:

Our Governments, Religious Leaders and the Peoples of all Nations in them, repent of immoralities we have been committing on the earth, including legalizing those immoralities: and Return to Yahweh Creator of heaven and earth, and serve Him by faith of Jesus Christ His Son, that He might reverse the imminent threat of man-made Climate Change and its cataclysmic effects upon the earth, the human race, the beast and every living thing on the face of the earth, in Jesus name. It is written,

“If my people who are called by my name shall humble themselves and pray, and seek my face, and turn from their wicked ways, then will I hear from heaven, and will forgive their sins, and will heal there land.” [11 Chronicle 7:14]

Beloved, with Yahweh the Most High, all things are possible if we only believe. Let us stand upon the infallible Word, and put our faith to work, in Jesus’ name. Amen.

Well, our time is up. It was a pleasure sharing with you spiritual things on Moment of Inner Change. See you at our next WINL Coffee/Juice Break Chat, with Redeeming Luv. May God richly bless you. Shalom.