WELCOME TO THE INWARD JEW NATION OF GOD MINISTRIES COMMUNIQUÉ! 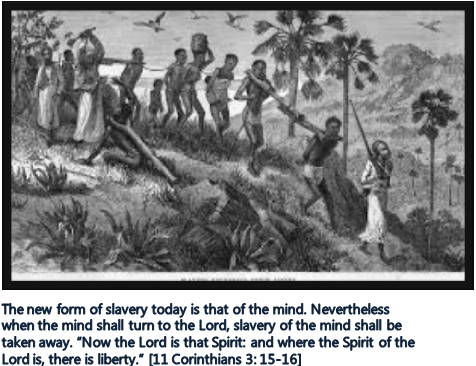 Welcome to our 15th, ‘Inward Jew Nation of God Coffee/Juice Break Chat!’ Our previous Chat was on the topic: : What is idolatry? Yahweh’s Description of and Stance on the Custom of Idolatry: and our walk as the Inward Jew Nation of God, in today’s world with idolatry on the increase!!! Guy #4: 03: 25, —by Pastor: Elder Wilfred A. Wilson

A short Biblical History of Daniel, which is of the children captivity of Judah

According to the Old Testament scriptures Daniel, who was of the children of the captivity of Judah, stood out alone from among the inhabitants of the Kingdom of Medes and Persians, and prayed to Yahweh His God, instead of bowing down to the Royal Statue of King Darius the Median: and that was in spite of the unaltered decree which the King had established and signed. The decree which the Kings’ deceitful administrative staff created and encouraged him to sign and establish stated,

“Whosoever shall ask a petition of any God or man for thirty days, save of thee, O King, shall be cast into the den of lions.” [Daniel 6: 7]

In spite of the official decree

And when Daniel knew that the decree was signed he went into his house, where the window of his room was opened towards Jerusalem, and prayed and give thanks to God, as usual. As a result, those who conspired against Daniel told the King that he did not regard his decree. Subsequently, he sent for Daniel and cast him into the den of lions, but not before all attempts to deliver him had failed. Nevertheless the King said to Daniel, “Thy God whom thou servest continually, He will deliver thee.” [Daniel 6:16]

The King, however being upset about what had transpired, passed the night fasting, with no sound of music brought before him,’ even his sleep went from him. And he could not wait for the next day to come, when he would very early in the morning hasten to the lion’s den to see what had become of Daniel. The next day came and the King went to the den ‘with a lamentable voice’ unto Daniel, and said to him:

King Darius: “O Daniel, servant of the living God, is thy God, whom thou servest continually, able to deliver thee?”

Daniel: “O king live for ever. My God hath sent His angel, and had shut the lions’ mouths, that they have not hurt me: for as much as before Him innocency was found in me; and also before thee, O king have I done no hurt.” King Darius was very glad for Daniel and commanded that Daniel release from the lions’ den.

And as for Daniel’s accusers and their families, they were eaten by the lions when they were cast into the lions’ den.

It is noteworthy that King Darius being influenced by Daniel’s miraculous deliverance, informed all subjects in his kingdom by way of letter which stated:

“Unto all people, nations, and languages, that dwell in all the earth; Peace be multiplied unto you.

I make a decree, that in every dominion of my kingdom men tremble and fear before the God of Daniel: for He is the living God, and steadfast for ever, and His kingdom that which shall not be destroyed, and His dominion shall be even unto the end. He delivered and rescueth, and He worketh signs and wonders in heaven and in earth, who hath delivered Daniel from the powers of the lions.” [Daniel 6:26-27]  To Yahweh be the Glory! Amen. 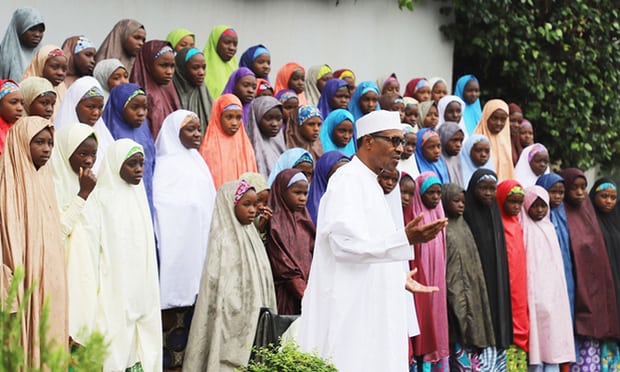 “The only Christian girl among the Dapchi schoolgirls kidnapped by Boko Haram last month could have been freed along with her schoolmates but refused to renounce her faith, according to her mother.

Leah Sharibu refused to accept Islam, resisting the entreaties of her classmates to pretend to do so, her parents learned from snatched conversation with her friends.

A faction of Boko Haram kidnapped 110 girls and one boy from the girls’ school in Dapchi, a town in north-east Nigeria, in February, and released most of them a month later, after what the government described as “back-channel” negotiations.

Five were killed, possibly trampled to death in the overcrowded trucks as they were being abducted.

Early on Wednesday morning, Rebecca Sharibu, the mother of Leah, 15, heard girls’ voices and the sound of vehicles driving past her house. She was told to stay inside, but when she heard the cars coming back after dropping the girls off, she ran out. All around her were joyful parents and their returned daughters.”

But she could not find Leah anywhere. For the full Story please click link below.

And in my book the school girl, Leah Sharibu, is the Daniel of the children of the captivity of Dapchi. And I believe with her that Yahweh, the God of Abraham, and of Isaac, and of Jacob, and of Daniel, whom He delivered from the lions, will deliver Leah from those her abductors, in Jesus’ name. Amen.

Finally, Beloved, let us give Yahweh praise and thanks for the school children of Dapchi, who have been released so far. And let’s join in prayer with Leah’s parents, other relatives friends, all others, for her miraculous release, and safe return to her family, church, friends, and the her Dapchi Community.  Amen. God bless you. Shalom.

Well, our time is up. It was a pleasure sharing with you spiritual things on Moment of Inner Change. See you at our next Inward Jew Nation Coffee/Juice Break Chat, with Redeeming Luv. Shalom.